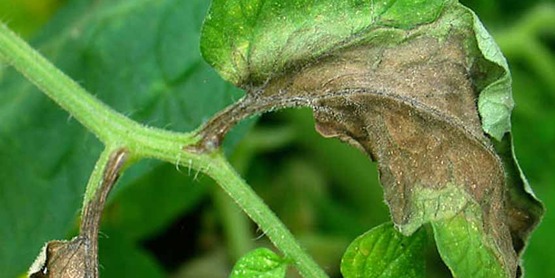 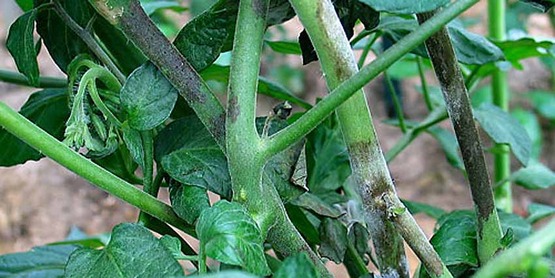 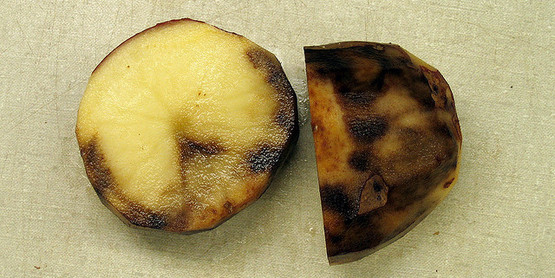 What is Late Blight?
Late blight is a plant disease that mainly attacks potatoes and tomatoes, although it can sometimes be found on other crops, weeds and ornamentals in the same botanical family (Solanaceae). Other plants that late blight may infect include petunia, nightshades, and tomatillos. Late blight was a factor in the Irish potato famine in the 1850’s, during which millions of people in Ireland starved or were forced to emigrate. Entire potato crops rotted in the field or in storage because of late blight infection. Late blight is caused by an oomycete pathogen that survives from one season to the next in infected potato tubers. This organism is well known for its ability to produce millions of spores from infected plants under the wet weather conditions that favor the disease. Early in the season, the disease can be introduced into a field or garden on infected seed potatoes, from volunteer plants growing from diseased potatoes that were not harvested last season, from infected potatoes in cull piles (rejected potatoes), compost piles, or infected tomato transplants brought into the area.

Spores produced on infected potatoes and tomatoes can travel through the air, land on infected plants, and if the weather is sufficiently wet, cause new infections. Spores can also be washed through the soil to infect potato tubers, which may rot before harvest, or later in storage.

Because the oomycete that causes late blight produces so many spores, and the spores can travel long distances through the air, it is very important that everyone who grows potatoes or tomatoes is able to identify late blight and know how to control it, to avoid being a source of spores that infect potatoes and tomatoes in neighboring gardens and commercial fields. This disease is capable of wiping out not only your entire potato and tomato crop but also commercial fields very quickly under wet conditions, and farmers who grow potatoes or tomatoes are at serious risk of losing their entire income from these crops. 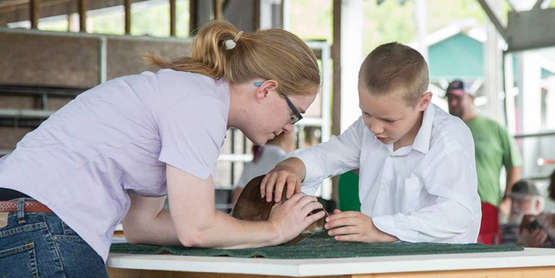 A National Project on Tomato & Potato Late Blight in the United States - See more at: http://usablight.org/

Click here for the Current Disease Map and to Check Alerts!